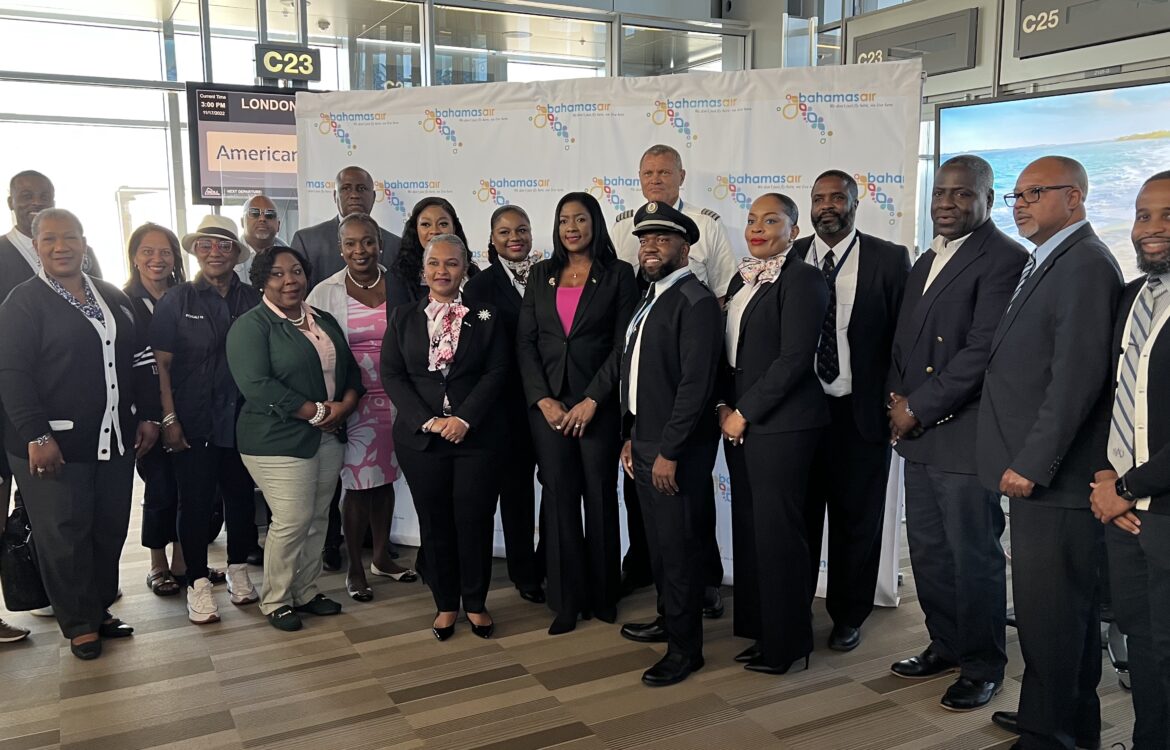 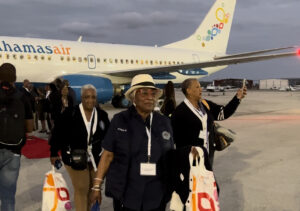 Dr. McPhail and the team arriving at Freeport, Grand Bahama

On November 17, 2022, Saint Augustine’s University (SAU) joined executive leaders from Raleigh-Durham International Airport (RDU), The Bahamas Ministry of Tourism, Investments and Aviation (BMOTIA), and guests on Bahamasair’s historic first flight to Freeport, Grand Bahama. SAU was the only university selected as a guest on the flight.

“We are excited about the opportunity to collaborate with The Bahamas,” said SAU President Dr. Christine Johnson McPhail. “SAU has hundreds of students from The Bahamas that have attended SAU. It’s natural that we would be a part of this inaugural day to talk about pathways to and from The Bahamas.”

RDU reports serving 1,143,837 passengers in October during what is traditionally a slow month for air travel. The monthly total represents an increase of 29% over October 2021. 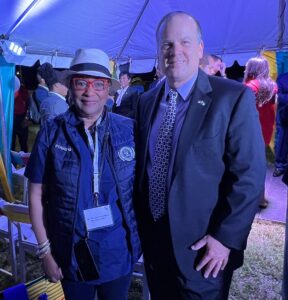 “Signs of the recovery are everywhere at RDU, from increased traffic to new airlines and new destinations,” said Michael Landguth, president and CEO of the Raleigh-Durham Airport Authority in a statement. “As we head into the busy holiday travel season, travelers will have even more options to connect with the people and places they want to visit.”

Last month, Deputy Prime Minister and Minister of Tourism, Investments, and Aviation, the Hon. I. Chester Cooper led a delegation in a series of Global Sales and Marketing Missions to reintroduce The Bahamas to the Raleigh, NC, market. One of their destinations included a visit to SAU, where they met with Bahamian students, SAU President Dr. Christine Johnson McPhail, and her leadership team.

“I am delighted to welcome leaders from SAU and Raleigh stakeholders to Grand Bahama Island,” said the Hon. Ginger Moxey, Minister for Grand Bahama. “I look forward to collaborating with SAU in various initiatives that will be mutually beneficial.” 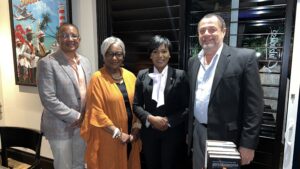 Bahamasair will fly year-round on Thursdays and Sundays on a 138-seat Boeing 737-700. Freeport is RDU’s 7th international destination, and Bahamasair is the third new airline to begin service at RDU in 2022.