MESSAGE FROM THE DEACON

Deacon Sallie Simpson will continue to be available to the Saint Augustine’s University “family” during our physical separation. Anyone can contact her via email at scsimpson@st-aug.edu. She will check that mailbox twice a day during this time and respond by phone or email as appropriate.

In the spirit of the church tradition of painting our doors red, Saint Augustine’s Chapel strives to be a welcoming and safe place for our students and the community. Services of Holy Eucharist are held on Sundays during the academic year, where we hear the Word of God and partake of the sacraments. We invite you to visit our chapel during worship times and open yourself to the possibilities of a spiritual journey anchored in a relationship with Jesus Christ and nourished by Christian community. We have a relaxed service infused with the participation of students with a diversity of talents ranging from our Divine Dance Worship to our University Choir.

As an Episcopal Chapel, we recognize that students bring the gifts of a diversity of beliefs, experiences and talents, and we treasure this diversity. We strive to be an inclusive and welcoming community, embracing a diversity of cultures and united through the unconditional love of Jesus Christ. The university chapel program and religious life at Saint Augustine’s University is a place to study, pray, and worship together, deepening our faith so that we may be transforming agents sent forth to serve God in the world.

There are no upcoming events at this time.

Why the Red Door?

“In the earlier days of the church it was understood that a soldier could not pursue an enemy that had entered through the red doors of a church. The red doors were a symbol of refuge and sanctuary for all people who entered. To all concerned the red on the doors signified the blood of Christ that had been shed so that all who came to him could be saved. Anyone who passed through those doors was safe as long as they stayed behind them. Over time, Christian people began to see the red doors of the church as symbolizing not only physical refuge and safety, but spiritual refuge as well.

The blood of Jesus, and of the Church’s martyrs, that the red doors of the church symbolized, would protect you from evil, both physical and spiritual. The red doors spoke to the world of holy ground that existed inside those doors, space that had been purged and made clean by God’s Holy Spirit. Today people choose to paint their church doors red for many of the same reasons that churches did centuries ago.”

PORTRAITS IN THE CHAPEL OF AFRICAN AMERICAN BISHOPS

The Rev. Charles Avery
The Rev. Charles Avery was a Methodist minister and one of the initial benefactors of Saint Augustine’s Normal School.The memorial window on the west side of the chapel is named in his honor.The Rev. Avery died in 1854 and left his estate to be used for the education of slaves.In 1867, the Rev. Dr. J. Brinton Smith worked with Attorneys King and Howe in Pittsburg, Pennsylvania to negotiate a donation of $25,000 to Saint Augustine’s Normal School.

The Rev. Dr. Aaron Burtis Hunter, D.D.
The flower stand to the right of the altar is dedicated to the Rev. Aaron Burtis Hunter, the fourth principal of Saint Augustine’s School in 1891.As an instructor of theology, he was dedicated to the scholarly development of his students in the field stating, “religion is for the training of . . . body, intellect, heart, and will, not just the expression of . . . emotion. His wife, Mrs. Sarah Lothrop Taylor Hunter was the founder and head of Saint Agnes Hospital and Training School for Nurses. The Benson Library was also started under his administration with a gift from Mary Benson, and Charles Boyer came to Saint Augustine’s College from Yale as a faculty member.He later became the first dean of the college in 1928.

ABOUT THE BISHOP OF THE EPISCOPAL DIOCESE OF NC 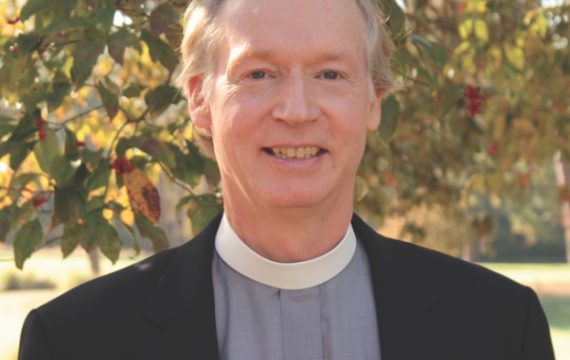 The student led organization for Christian formation and Christian community is Christian Fellowship Organization. This is a registered student organization that plans social events, spiritual formation, and community outreach opportunities. In October CFO plans and leads the Gospel Explosion on Sunday to kick off Homecoming Week. Other activities include weekly Bible Study and Prayer for students, a formation group for women and a formation group for men.Please contact one of the officers for more information. 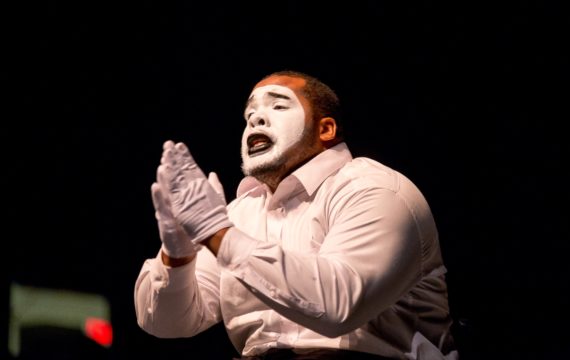 FAQs ABOUT THE CHAPEL & THE EPISCOPAL CHURCH

How did the Saint Augustine’s Chapel begin?

A worshiping congregation was formed at Saint Augustine’s Normal School on February 11, 1868. The congregants met on the school’s campus until a building was erected on Dawson and Lane streets in Raleigh, NC. The North Carolina Legislature granted the land at this location for the building of a worship space. Ten members from Christ Church, Raleigh transferred to the new church. Other members included students and faculty who attended the new worship community.

Washington Hayes and the Reverend Henry B. Delany, later Suffragan Bishop of the Diocese of NC, began construction on the current chapel on the property of Saint Augustine’s Normal School. The Rev. Delany was the quarry master and masonry instructor at that time. Under his direction, the students quarried the stones for construction, and laid the cornerstone in 1895. The construction was completed in December 1895. A year later, the church located in downtown Raleigh was renamed the Church of Saint Ambrose upon recommendation by Bishop Cheshire and permission of the Diocesan Convention. Finally on October 11, 1897, the chapel was consecrated “The Saint Augustine’s Chapel” by the Rt. Rev. Joseph Blount Cheshire, Bishop of the Episcopal Diocese of North Carolina.

When did the Episcopal Church Begin?

The Episcopal Church is a province of the worldwide Anglican Communion.When England established colonies in America, Anglican worship was established in the British colonies.Following the Revolutionary War, and the establishment of the United States of America, “three clergy and twenty-four lay delegates met at Chesterton Maryland on November 9, 1780 and resolved that ‘the Church formerly known in the Province as the Church of England should now be called the Protestant Episcopal Church.’ The word ‘Protestant noted that this was a church in the reformation tradition, and the world ‘Episcopal’ noted a characteristic of catholicity,” namely being under the pastoral leadership of bishops.

What makes us Anglican?

Why does SAU have Saint Augustine’s Chapel as a place of worship for students?

Saint Augustine’s University is an institution of importance for The Episcopal Church, and is committed to the spiritual growth and formation of students.The chapel serves as a place of worship on Sunday mornings, and the chapel office coordinates campus religious life. Additionally, Saint Augustine’s University is affiliated with two associations which connect the university to The Episcopal Church and the Anglican Communion.These organizations are the Association of Episcopal Colleges (AEC), and Colleges and Universities of the Anglican Communion (CUAC). Click here for more information on CUAC.

What do I need to do to be a baptized Christian?

We welcome individuals who seek baptism. As a sacrament instituted by Jesus Christ, baptism initiates individuals into Christ’s Body by water and the Holy Spirit. Baptism occurs during a service of Holy Eucharist at various times of the year. The Episcopal Church baptizes people of all ages, and at Saint Augustine’s Chapel we have provisions for baptism by immersion or by pouring water upon the candidate. If you desire to be baptized, contact the university chaplain, The Reverend Nita C. Johnson Byrd at 919.516.4241 or by email through this website to attend a baptism information and preparation session.

Who in The Episcopal Church has spiritual formation resources for individuals?

There are numerous resources for spiritual formation. Students at Saint Augustine’s University should investigate the religious life programs in the following ways. There are excellent online resources by the Society of Saint John the Evangelist. You can sign up to receive a daily reflection by email, read sermons, and learn about prayer. You may also view the Daily Office at Forward Movement’s online service, or The Chapel. These are simply a few of the online resources for spiritual formation. Please consult the university chaplain, The Reverend Nita C. Johnson Byrd for more information.

How can I learn about the history of African Americans in the Episcopal Church?

Visit the Episcopal Church website entitled “The Church Awakens: African Americans and the Struggle for Justice.”Visit this website to hear interviews with theologians such as Dr. James Cone and the first African American woman to be ordained as an Episcopal priest the Rev. Pauli Murray on topics of race and Christianity.