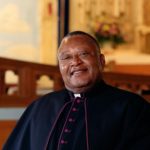 It is with great sadness to announce the passing of The Reverend Canon Dr. Richard L. Marquess-Barry on Tuesday, March 23rd, 2020 in Miami, Florida after an extended illness. Father Barry was a member of the class of 1962 and he received an honorary doctorate from SAU in 2016. His wife is Virla Rolle Barry, […] 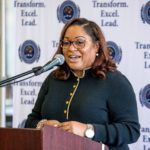 Dr. Maria Lumpkin’s Interview with ESPN’s Undefeated About the Impact of COVID-19 On HBCUs

Many schools, namely HBCU’s, have had to make tough decisions regarding their commencement ceremonies in light of the COVID-19 outbreak. Saint Augustine’s University is one of these schools who had to make a decision. The Undefeated interviewed Interim President Dr. Maria Lumpkin along with presidents from other HBCUs. Read the full story here.

Head Track and Field Coach George Williams of Saint Augustine’s University has led teams to 39 national championships and has won the most NCAA titles among active coaches in all sports during his legendary career. Athletic cancellations in the wake of the coronavirus outbreak are something new in his career at SAU. See his extended response in […] 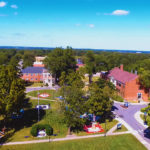 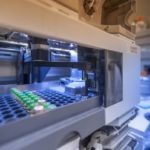 Spotlights in the School of Sciences, Mathematics, & Public Health

At Saint Augustine’s University our faculty, staff, alumni and students exceed expectations. Here are some updates by the Dean of the School of Sciences, Mathematics, and Public Health, Dr. Mark Melton.  Dr. Tyrell Carr, Assistant Professor of the Department of Biological and Physical Sciences was accepted as a Case Fellow as a part of the High-Throughput […] 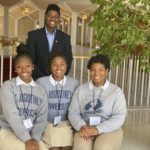 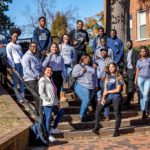 February 24, 2020—RALEIGH, NC—Saint Augustine’s University (SAU) is reducing its tuition by 15% starting in the fall of 2020, the University announced on Monday. When most institutions of higher education are raising prices, SAU is addressing the concerns of families who are looking for relief in the area of affordability. The lower cost will apply […]
February 24, 2020

It has come to the attention of the Administration of Saint Augustine’s University that one of its directors made an erroneous statement regarding Champion National Security, Inc. to several news stations. The director stated that Saint Augustine’s unpaid balance owed to Champion was “nowhere near” $190,000. After an internal review of Champion’s account, the Administration […] 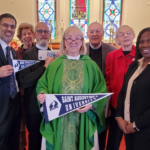 On February 16, 2020, members of the All Saints Episcopal Church in Saugatuck, Michigan hosted Saint Augustine’s University alumni Delores and Corey Bulluck. The event was part of the church’s Black History Month Presentation hosted by the All Saints Parish Life team and the interim rector Susan “Becky” Michelfielder. The presentation included a video and […]
February 18, 2020

The role of the Faculty Assembly is to represent the faculty position on appropriate matters which may include the formulation, implementation, review, and application of policies, procedures, and regulations governing Saint Augustine’s University–including the areas of academic policy and budgeting, workload, academic calendar, curricular structure and delivery of instruction. The faculty of Saint Augustine’s University assumes a major […]