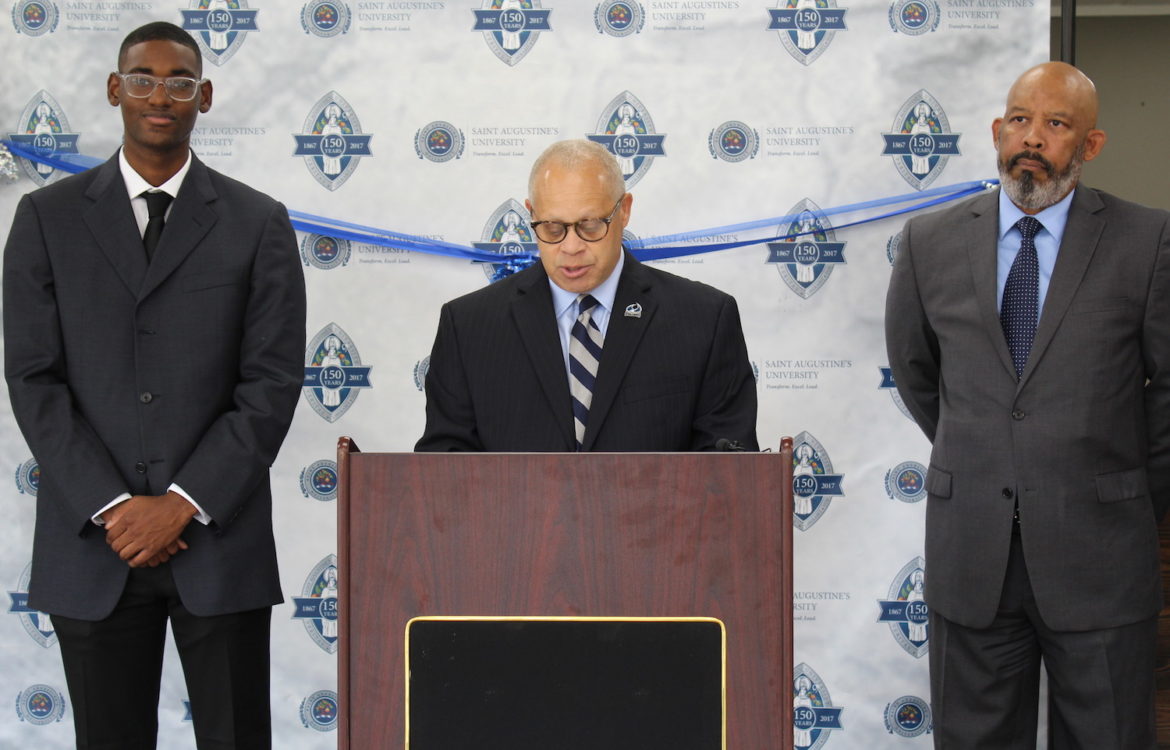 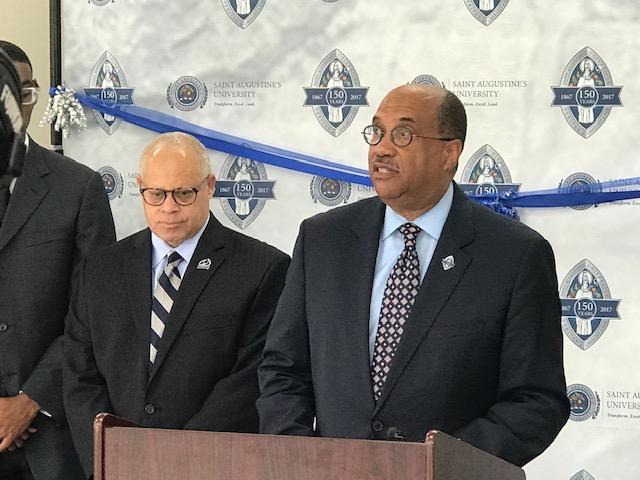 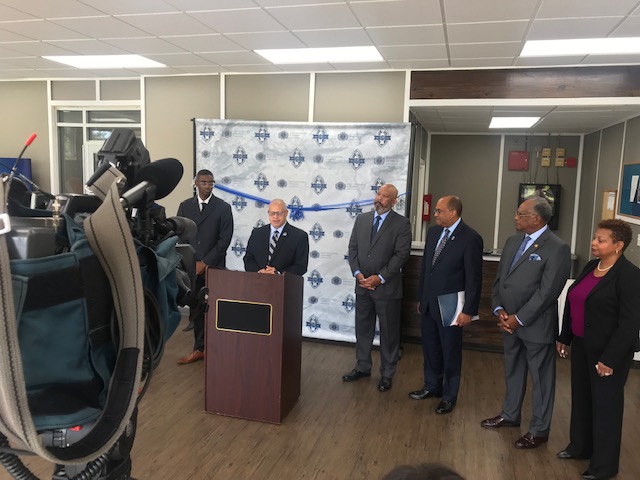 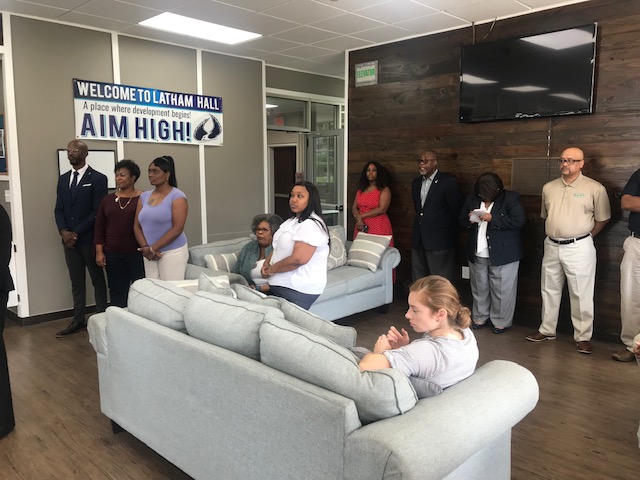 (Raleigh, NC) – Saint Augustine’s University (SAU), today announced a partnership with one of the nation’s largest furniture companies, to establish the Reading for Excellence Center, which provides furniture, valued at $20,000, to Latham, Weston, and Boyer residence halls on the campus. Representatives from Rooms To Go joined University president Dr. Everett B. Ward, Dr. Steve Hairston, Vice-President for Institutional Advancement and others to announce the initiative.

“We are extremely thankful for the donation by Rooms To Go,” said University president Dr. Everett B. Ward. “We are confident that this donation, will not only enhance the quality of life for our students, but it will provide a space for critical thinking and a sharing of ideas among our student-scholars.”

This initiative by Rooms To Go grew from a commitment to promote literacy. From research, the organization found that a number of colleges and universities were moving forward with Quality Enhancement Programs (QEP) which includes an element designed to promote greater literacy among students.

As a result of the need for more resources, the QEP was being aggressively pursued and coincided with plans the company announced nearly two years ago, to establish the centers in dormitories at Historically Black Colleges and Universities (HBCUs) that are located in cities and towns where Rooms To Go showrooms are located.

“Rooms To Go has had and will continue to have a strong commitment to the training and education of young people at our premier academic institutions, as they ready themselves for careers in our society,” said Rooms To Go President and COO Steve Buckley. “Our Reading for Excellence Centers is just one of the many initiatives that we support to further their development.”

The partnership between the University and the furniture company was facilitated by Phoenix One Enterprise, Inc., under the leadership of Dr. Frankie T. Jones, Sr. Believing that “you are what you read,” Dr. Jones applauded the efforts of Rooms To Go and Malcolm E. Nightingale, Manager, Regional Operations Center. “Mr. Nightingale was the internal glue that continued to advocate and promote the idea of these reading centers and made sure that the furniture was delivered.”