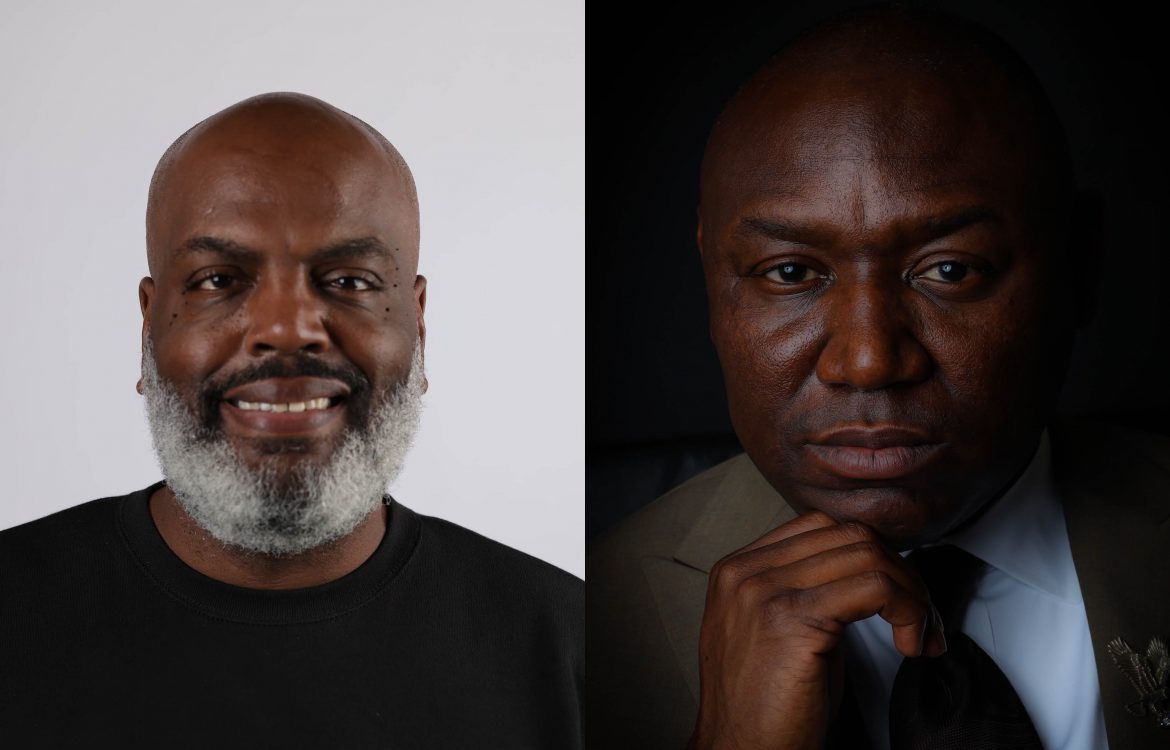 RALEIGH, NC— Saint Augustine’s University (SAU) will hold an in-person commencement ceremony on May 1, 2021, at 9:00 a.m. for the class of 2020 and 2021. This year’s ceremony will be particularly memorable as it will include a time of celebration for those students whose graduation was impacted by the pandemic. Honorary Doctorates will be conferred upon SAU alumnus Kevin “Coach K” Lee and Attorney Benjamin Crump, Esq.

The SAU 2021 commencement ceremony will serve as the university’s 90th baccalaureate exercise in 154-year history. The event will be held in the George Williams Athletic Complex.  There will be one combined ceremony for both classes with Raleigh City Manager Marchell Adams David serving as the keynote speaker. In addition to hearing from Ms. Adams David the audience will have the opportunity to witness the conferring of Honorary Doctoral Degrees to Kevin “Coach K” Lee and Attorney Benjamin Crump, Esq. This year’s Honorary Degree recipients are giants in their respective career fields.

The University is excited to honor Alumnus Kevin “Coach K” Lee. Lee is known as a Hip Hop Mogul. He is the COO and co-founder of Quality Control Music. The Atlanta-based Music Label, also known as Quality Control, QC the Label or simply QC; houses some of rap’s biggest mainstream stars such as Migos, Lil Baby, City Girls, and Lil Yachty. Coach K started at Saint Augustine’s University (then Saint Augustine’s College) 29 years ago as a basketball student-athlete, but due to an injury he wasn’t able to complete until last year. In May of 2020, he graduated from his alma mater with a Bachelor of Science Degree in Organizational Management through SAU’s Gateway Program for adult learners. In addition to crossing the commencement stage this year in front of his family, Coach K will also receive an honorary doctorate from the university.

“We are honored to award an honorary doctorate to Mr. Lee,” said SAU President Dr. Christine Johnson McPhail. “This will serve as the launch of our new Distinguished Alumni of the year program, which will take place a couple of days before commencement.”

In addition to Alumnus Kevin Lee the University is pleased to recognize Attorney Benjamin Crump founder and principal owner of Ben Crump Law as it second Honorary Doctorate recipient. Crump’s tireless advocacy has led to legislation preventing excessive force and developing implicit bias training and policies. He has been nationally recognized as the 2014 NNPA Newsmaker of the Year, The National Trial Lawyers Top 100 Lawyers, Ebony Magazine Power 100 Most Influential African Americans and has been referred to as “Black America’s Attorney General.”. In 2016, he was designated as an Honorary Fellow by the University of Pennsylvania College of Law

He has represented families in several high-profile civil rights cases including George Floyd, Breonna Taylor, Trayvon Martin, Michael Brown, as well as the residents of Flint, Michigan. Crump represented 9 of the 13 black women who were victims in the Holtzclaw Oklahoma City Police rape case in 2015 and worked on the precedent-setting U.S. Supreme Court case involving excessive police force against Robbie Tolan in 2008.

Crump is the President of the National Civil Rights Trial Lawyers Association and previously served as President of the National Bar Association. He was the first African-American to chair the Florida State University College of Law Board of Directors and currently serves on the Innocence Project Board of Directors. He is the founder and director of the Benjamin Crump Social Justice Institute.

About Attorney Crump, Dr. McPhail said, “In keeping with the University’s commitment to social justice and our ongoing mission to train the current generation of civic leaders it is fitting that we would recognize Attorney Benjamin Crump as a recipient of the Honorary Doctorate this year. His work has served as a lightning rod of what an individual can do to galvanize a nation to act in the interest of others.”

For more information about the SAU 2021 commencement ceremony, visit https://www.staug.edu/commencement/