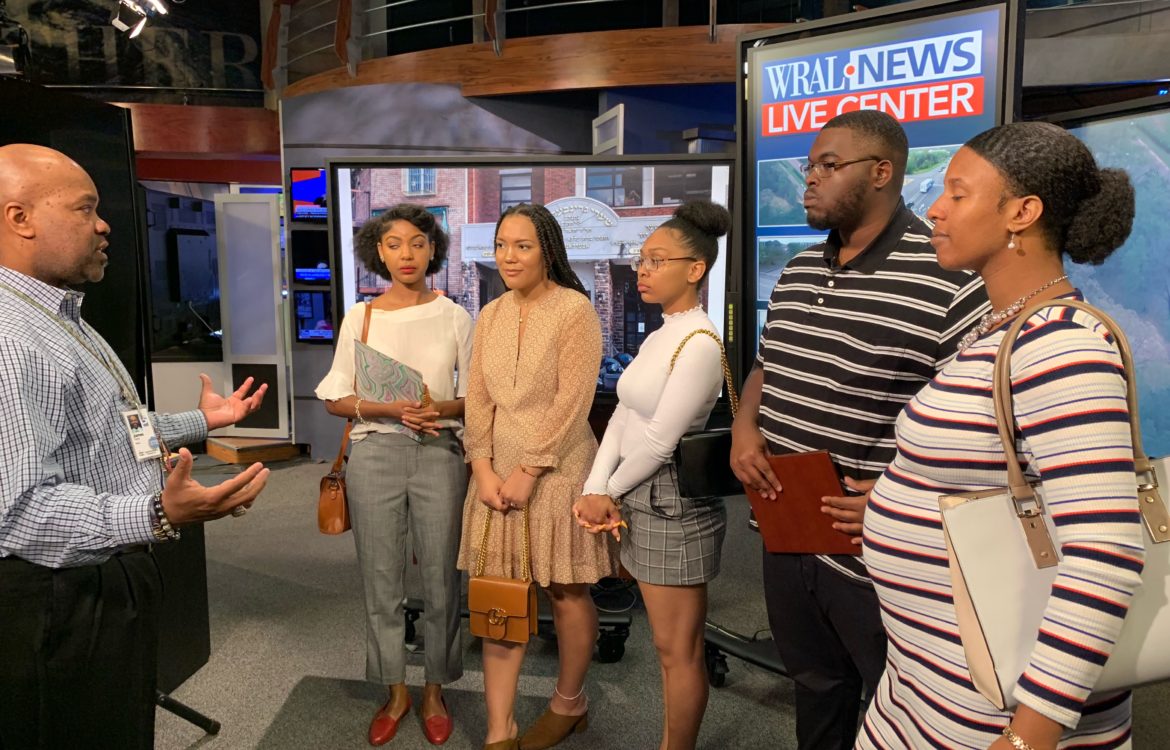 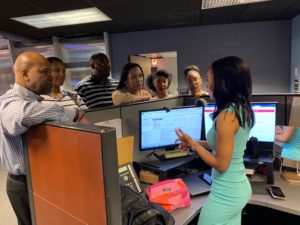 As part of a new partnership with WRAL, SAU students visited the TV station on Tuesday, April 9. Mattie Rainey, Ellis Hill, Elyscia Vaughn Brown, Lorraine Henderson, and Zariah Rudulph-Settles, along with Media & Communications Department Chair Dan Holly, were given a tour of the station by James Ford, the News Production Manager for WRAL.

The partnership is designed to familiarize our students with WRAL, especially with behind-the-scenes jobs, and to get students into the pipeline for those jobs.

Students got a complete tour of the news operation and were even able to go into the control room and onto the set during the noon news. As an unexpected treat, one of the stories on the news was the new highway sign honoring Saint Augustine’s national track & field championship. They were just behind the green screen and could hear the anchors bantering about how good SAU’s track team is.

Later, students chatted with WRAL reporter Mikaya Thurmond about her job and how she got to where she is. 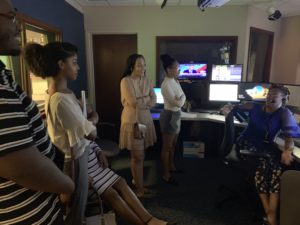