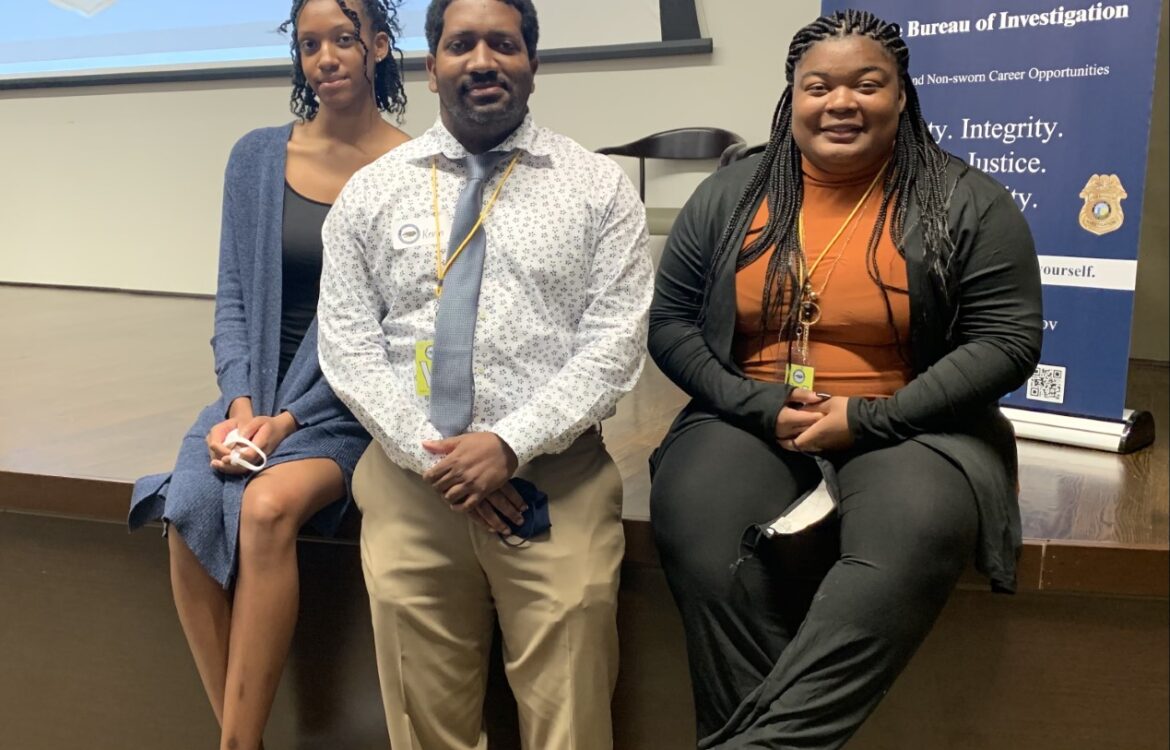 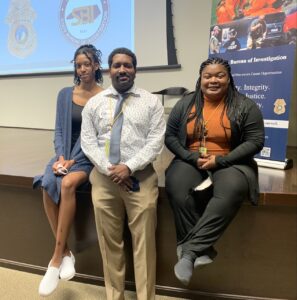 From left to right the students are Nia Cornegy, Kevin Brown, and Nikya Yates. The picture was taken at the North Carolina State Bureau of Investigation.

To combat implicit and intentional bias practices within the criminal justice system, Governor Roy Cooper signed into effect Executive Order No. 145. The Executive Order established the North Carolina Joint Task Force for Racial Equity in Criminal Justice, and provided directives for Cabinet Law Enforcement Agencies. Pursuant to Executive Order No. 145, the Secretary of the North Carolina Department of Public Safety directed the agency to establish paid internship programs. The internship programs place a special emphasis on Historically Black Colleges and Universities, with the desire to recruit a workforce reflective of the entire community. Students in the internship program will rotate through six public safety agencies to prepare them for future careers. Those agencies are Alcohol Law Enforcement, Community Corrections, Emergency Management, State Bureau of Investigation, State Capitol Police, and the North Carolina State Highway Patrol. Three criminal justice majors at Saint Augustine’s University were accepted into the program. Those students are Kevin S. Brown, Nia Cornegy, and Nikya Yates.

1. Mr. Kevin S. Brown is a senior majoring in Criminal Justice and Biology. He is from Baltimore, Maryland where he was an officer with the Baltimore Police Department for seven years. In 2017, Kevin completed an internship with the Federal Bureau of Investigation’s Baltimore field office. He is currently the vice president of Alpha Phi Sigma, the National Criminal Justice Honor Society (Zeta Theta Chapter).

2. Ms. Nia Cornegy is a senior majoring in Criminal Justice. She is from Queens, New York and plans to become a forensic psychologist. She is a Peer Mentor and member of the Women’s Volleyball Team at Saint Augustine’s University.

3. Nikya Yates is a junior majoring in Criminal Justice. She is from Raleigh, North Carolina and aspires to become a defense attorney, a prosecutor, or a sworn agent with the North Carolina State Bureau of Investigation.