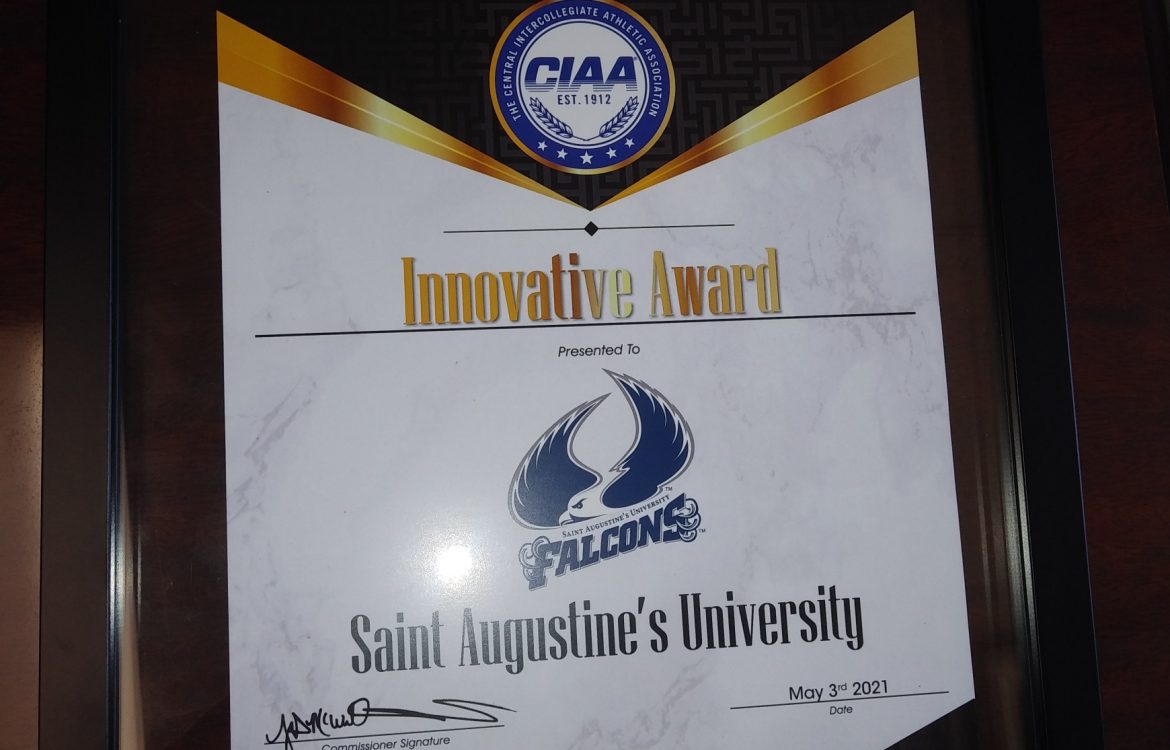 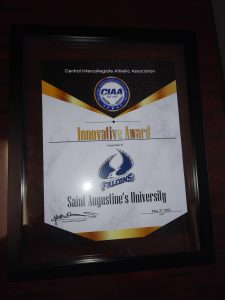 The Saint Augustine’s University Department of Athletics came up with creative ways to stay relevant despite the cancellation of sports during the 2020-21 season.

The CIAA took notice as SAU Athletics was named winner of the Innovative Award during the conference’s virtual General Assembly this week.

Social media kept SAU Athletics in the spotlight. Memory Lane Monday was created to showcase past team and individual achievements, and Falcon Facts gave fans a taste of the past by highlighting former athletic standouts and graduates such as football legend Ike Lassiter, who started in Super Bowl II, and current ESPN Producer and Journalist Terrica Foster-Brasby. Special editions of Falcon Facts were presented during Black History and Women’s History Months.

Barco is a certified lifeguard who gained local and national attention for encouraging African Americans to swim. Byrd is a book author and Person hosts her own podcast show.

The Chris Williams Podcast Hour partnered with SAU Athletics to recognize current and former student-athletes, coaches, and administrators through podcast interviews, which runs each Friday through June 18.

Both spring events hosted by SAU Athletics were covered by Chris Clark of CBS 17. The SAU Class of 2021 Athletic Ceremony honored graduating student-athletes and SAU Student-Athlete Day celebrated the student-athletes for enduring a year without sports during the pandemic.

SAU Athletics made the best of a tough situation, and the CIAA rewarded the department for it.