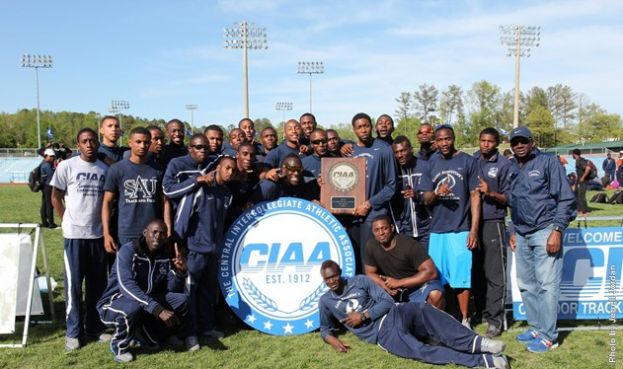 In the men’s events, St. Aug scored 213 points to run away with the championship. Virginia State was second with 123 points and Virginia Union was third with 101 points. The Falcons trailed Virginia Union 59-41 after the first day on Friday, but scored 172 points on Saturday to distance itself from the field.