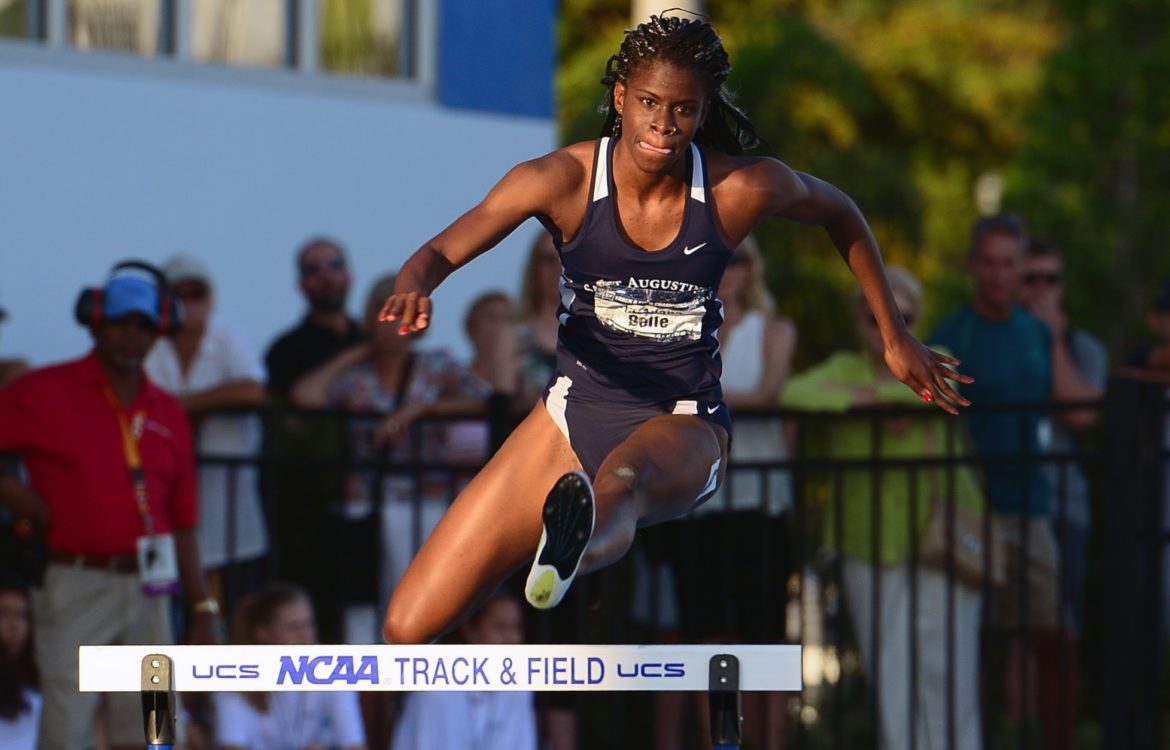 Belle, running for G.W. Express/Nike, posted a blazing time of 54.18 seconds to win the 400 hurdles on Thursday, March 28. She set a new facility record at the Percy Beard Track in the event.

The winning time is a personal best for Belle, a native of St. George, Barbados who competed for the Lady Falcons from 2014 to 2017. Belle graduated from SAU with a criminal justice degree in 2018.

The world time is a continuation of a marvelous career for Belle, who captured three consecutive NCAA Division II titles in the 400 hurdles as a collegiate hurdler for Saint Augustine’s University.

Belle owns the NCAA Division II national record (55.42 seconds) in the 400 hurdles. In fact, Belle has the top four fastest times and six of the top seven all-time collegiate times in the event.

To see the entire list of the world’s fastest times in 2019, go to iaaf.org.