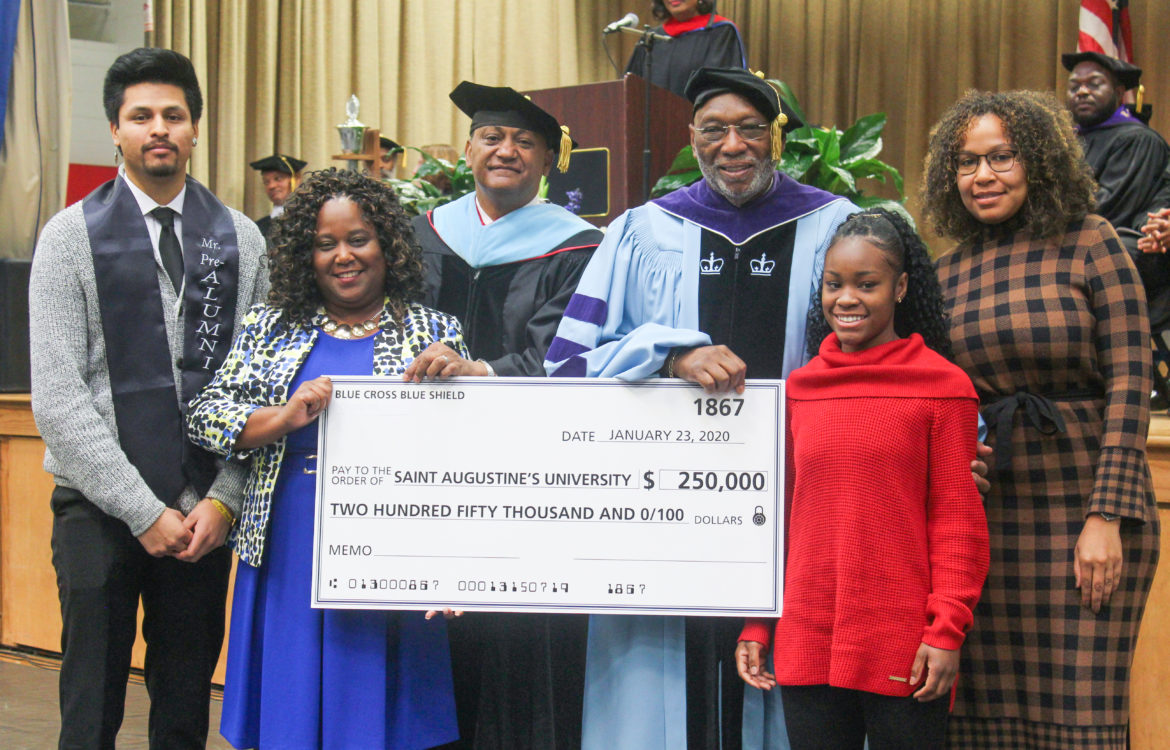 McCloud is a member of the Council on Legal Education Opportunity (CLEO), studied at Harvard University where she earned an MA and also earned her Juris Doctorate degree from Howard University, School of Law. Prior to her embarking on her speaking career she was an attorney with the Federal Communications Commission. She was born in Indianapolis, IN and graduated for Kentucky State University. She has received many honors including being presented over 300 keys to American cities and she also served as the 11th National President of the Links, Inc. and the National Parliamentarian to the Alpha Kappa Alpha Sorority, Inc. She has been named one of the top five business motivators in the country by Black Enterprise Magazine as well as being featured in ESSENCE and EBONY magazine.

In addition to Ms. McCloud’s keynote the convocation featured a gift announcement from Blue Cross NC. The largest health insurer in the state announced a significant contribution of $250,000 to the University’s efforts to assist students who are in need of funds for scholarships to complete the last leg of their education journey. The funds are provided for junior and senior students. Cheryl Parquet, Director of Community and Diversity Engagement at Blue Cross NC presented remarks on behalf of the insurer during the program.