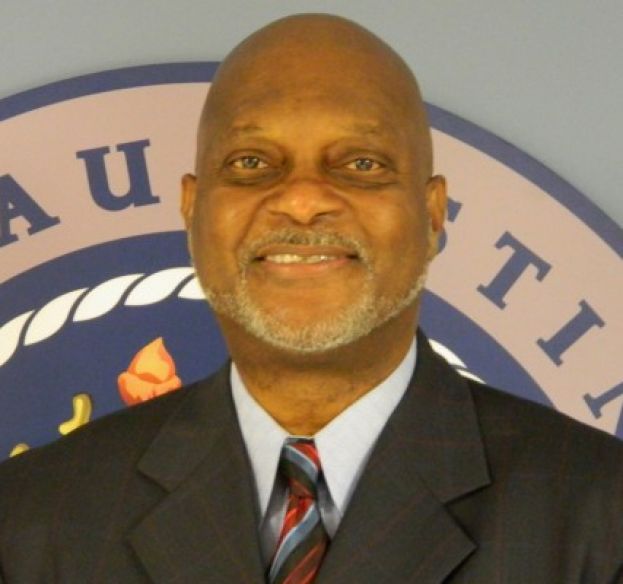 Sheals brings a wealth of experience to the St. Aug basketball program. He has coached on the high school, collegiate and professional levels for more than 20 years, including Florida State University, Bethune-Cookman University, Towson University and Delaware State University. Sheals spent the last three seasons at Florida A&M University, where he was the Associate Head Men’s Basketball Coach. While at Florida A&M, the Rattlers reached the MEAC Tournament semifinals in the 2011-2012 season.

Sheals will take over a St. Aug team which finished 16-12 overall last season. At one point during the regular season, the Falcons led the CIAA Southern Division with an unbeaten division mark. Five players return from that squad.

“He is starting with a seasoned, talented team so we are looking for a big finish,” St. Aug President Dianne Boardley Suber said.

Sheals is thrilled to coach at St. Aug. He is excited about competing in the CIAA (Central Intercollegiate Athletic Association), which is steeped in basketball tradition.

“I want to thank Dr. Suber, athletic director George Williams and the committee for selecting me to lead the basketball program at St. Aug,” Sheals said. “It is a tremendous opportunity and honor to represent the Falcon community. I look forward to coaching in the CIAA and leading our program to success.”

Sheals was head coach at Bethune-Cookman (1994-1997) and Delaware State (2000) during their most successful periods in basketball history. He finished with a conference record of .500 or better each season at Bethune-Cookman, where Sheals was named MEAC Coach of the Year in 1995 as the Wildcats established school marks for best overall regular-season record and conference finish.

Sheals enjoyed success as an assistant coach for several years in the traditionally strong Atlantic Coast Conference, considered one of, if not the best, collegiate basketball conference in the nation. He was Director of Basketball Operations at the University of Miami (2001-2002) and Assistant Men’s Basketball Coach at Florida State University (2002-2006). Sheals was also an assistant coach at Towson State (1997-1999) of the America East Conference where he was primarily responsible for recruiting the No. 1 recruiting class in the league for two consecutive years.

During his time in Miami, the Hurricanes played in the NCAA Tournament four times in five years, earned a No. 5 seed in the NCAA Tournament and won a then school-record 24 games. At Florida State, he helped assemble four of the top recruiting classes in school history, including the nation’s No. 1-ranked class in 2003. The Seminoles defeated six nationally-ranked Division I teams with Sheals on the coaching staff.

Sheals began his coaching career at Kathleen High School (1984 -1990) in Lakeland, Fla., where he compiled a career record of 156-57. He led his teams to three state tournament finals appearances (1986,1987,1989), posting one 31-win season and two 29-win seasons during his tenure. His 1987 team was ranked 18th in the nation by USA Today and Sheals was named Class 4A Coach of the Year by the Central Florida Coaches Association. He was recently inducted into the Lakeland Sports Hall of Fame for his coaching achievements at Kathleen High School.

After coaching six years on the high school level, Sheals coached on the junior college level as the Head Men’s Basketball Coach at South Florida Community College (1990-1992). At South Florida CC, he led the Panthers to a No. 8 ranking in the state, its first ever postseason tournament victory and a conference tournament final appearance.