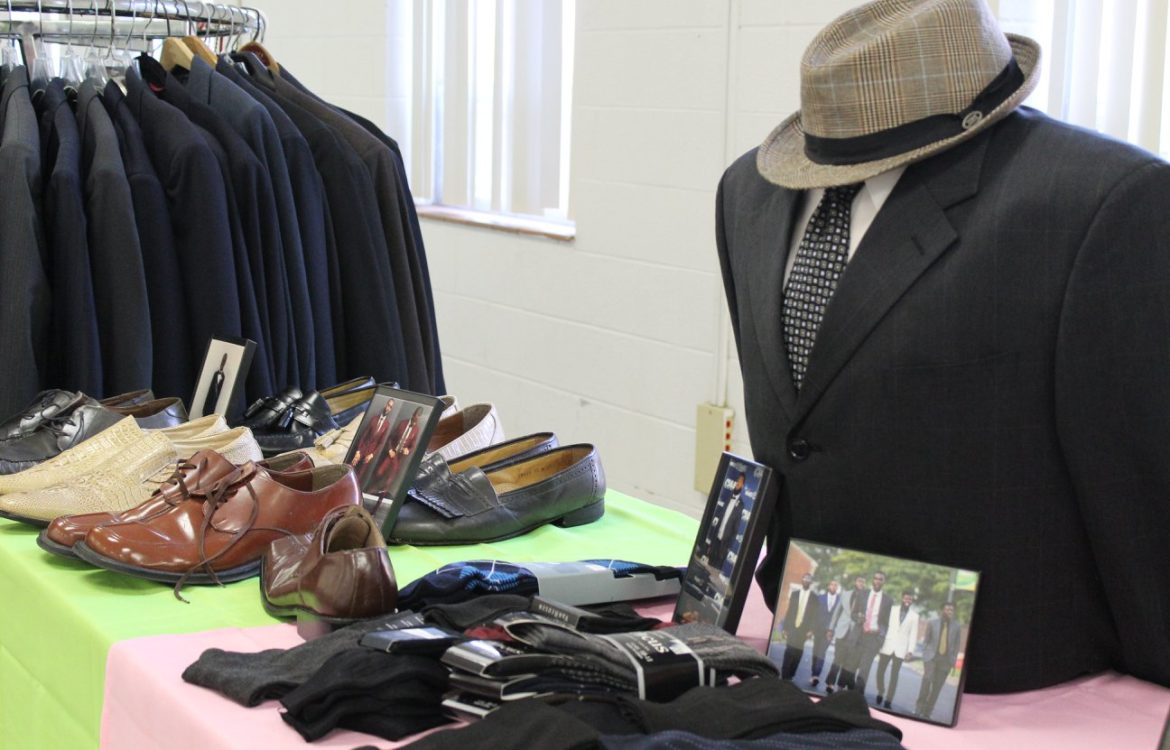 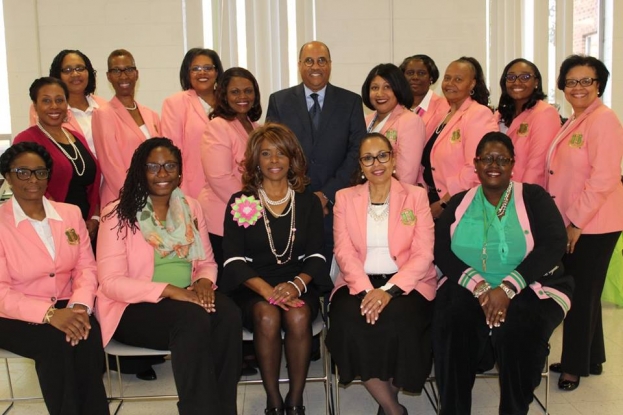 Almost 1,000 items, consisting of suits, ties, belts, shoes, button down shirts, pocket squares and more were unveiled during a special presentation on Thursday, March 15, at the MLK Building on campus to the surprise of University President Dr. Everett B. Ward and Dr. Cindy Love, Director of Professional Development.

“Supporting students at our HBCU’s is an important part of the work we do in the community,” said chapter president, Vicky Young. “We want these students to have every advantage for success. These young men are so deserving and were so appreciative.” The sorority began collecting items in November of last year. The initiative is part of the national sorority’s “Think HBCU” campaign that highlights Historically Black Colleges and Universities (HBCUs) and their contribution to the sorority and society.

Dr. Ward was taken aback by the donation. He stated, “…you don’t what it means when you can have a suit, and go on a job interview and look the role that your mind says and remove certain stereotypes that people often regulate to young black men and men of color. So today, you have given these young men at Saint Augustine’s an opportunity to walk with pride….”

The University is grateful to the Chi Rho Omega chapter for their support of the sons of Saint Augustine’s.

About Chi Rho Omega Chapter
Chartered on August 28, 2004, in the Mid-Atlantic Region, Chi Rho Omega Chapter is proud to celebrate more than 10 years of dedicated service to the North Carolina residents of Knightdale, Rolesville, Wake Forest, Wendell, and Zebulon. Our award-winning chapter prides itself on demonstrated excellence. Our chapter is the home of more than 100 members actively engaged in working with the community to implement programs tailored to “Launching New Dimensions of ServiceSM.” We faithfully reach out and collaborate with the community to identify and address areas of concern locally, nationally, and globally that align with our International Program initiatives: Educational Enrichment, Health Promotion, Family Strengthening, Environmental Ownership, and Global Impact. For more information, visit www.chirhoomega.aka.com.

If you are interested in making monetary or in-kind gifts to SAU, please contact the Office of Institutional Advancement and Development today at 919.516.4092.