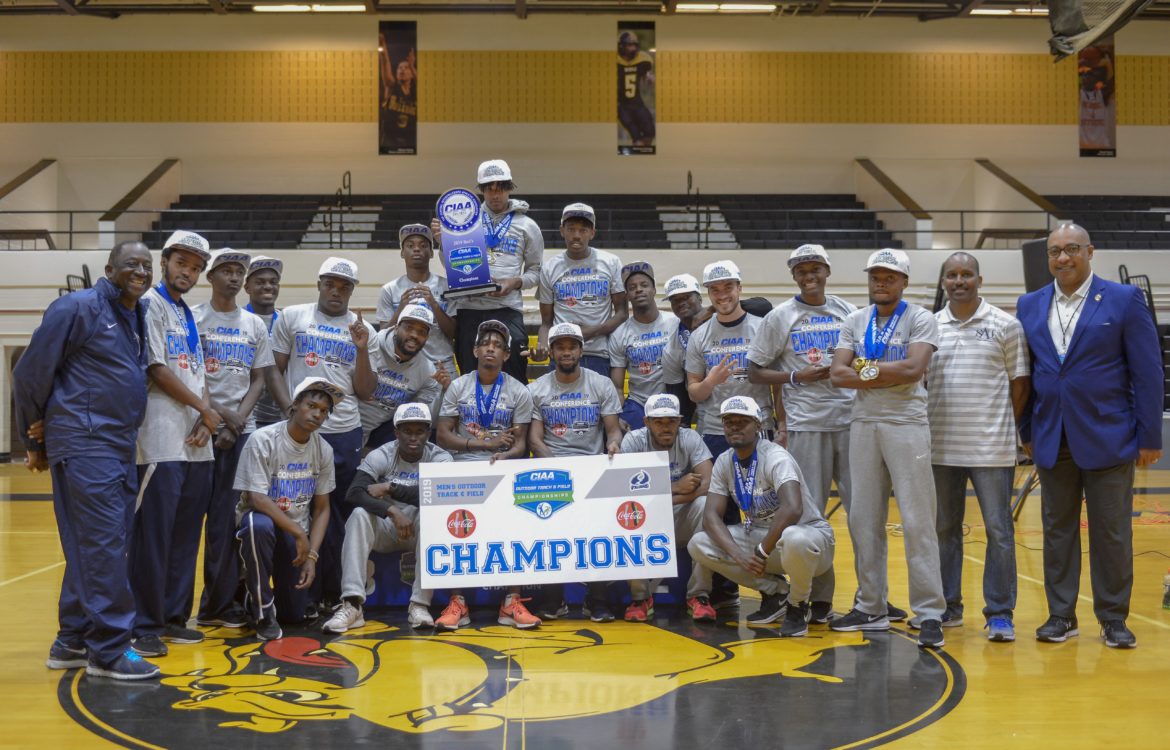 BOWIE, Md. (May 5) – Saint Augustine’s University (SAU) continued its CIAA dominance in men’s outdoor track and field on Sunday. The Falcons relied on their traditional depth to cruise past Virginia State University 194-101 for its 22nd straight conference crown at the CIAA Men’s and Women’s Outdoor Championships held at Bowie State University. Meanwhile, the Lady Falcons placed fourth in the women’s division. 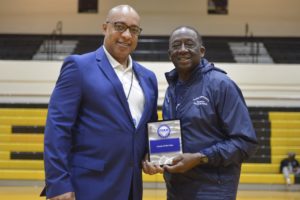 The outdoor title was the 39th in 41 years for the Falcons’ men, led by the legendary George Williams, who was the head coach of all the SAU championship teams. On Sunday, Williams was selected CIAA Men’s Outdoor Coach of the Year for the umpteenth time after his Falcons cruised to victory.

SAU crossed the finish line first in seven of 12 events. Alazae Hester-Taylor (Jr./Homestead, AL) won both the 110 and 400 hurdles and Shaquille Dill (Sr./Pembroke, Bermuda) was the winner in the 800 run. Najair Jackson (So./Spanish Town, Jamaica) won the javelin throw and Darren Alfred (Fr./Bethel, Trinidad & Tobago) was first in the 400 dash.

The tide turned in the Falcons’ favor in the 110 hurdles. Entering the day in fourth place and trailing first-day leader Virginia Union University by 16 points, the Falcons shot up to first after taking the top four spots in the 110 hurdles. Hester-Taylor was the winner in an event that saw Christian Smith (Jr./Atlanta, GA) finish second, Jeremiah Bridges (So./Powder Springs, GA) place third and Annile Williams claim fourth.

The Falcons piled up more points in the 400 dash. Alfred claimed victory in a race where SAU took four of the top five places. Parris was third, Jones fourth and Fergusson fifth.

SAU delivered the knockout blow in the 400 hurdles. They swept the top three places as Hester-Taylor came in first, Smith was second and Robert Walker (Jr./Newburgh, NY) placed third. Fergusson finished sixth in the race.

In the women’s division, the Lady Falcons came up a little short of their championship goal but had some impressive individual performances. Shannon Kalawan (Jr./Westmoreland, Jamaica), ranked first nationally in Division II in the 400 hurdles, finished first in her event. Danielle Scantlebury (Fr./St. George, Barbados) was the 100 hurdles winner and Amanda Crawford (Jr./Brooklyn, NY) won the 400 dash.

Both the Falcons and Lady Falcons will compete in the Mount Olive NCAA Last Chance Qualifier on Friday, May 11, and Saturday, May 12, in Mount Olive, N.C. This is the final meet before the NCAA DII Outdoor Championships, which is set for May 23-25 in Kingsville, Texas.

Below are Sunday’s point scorers for SAU at the CIAA Outdoor Championships.