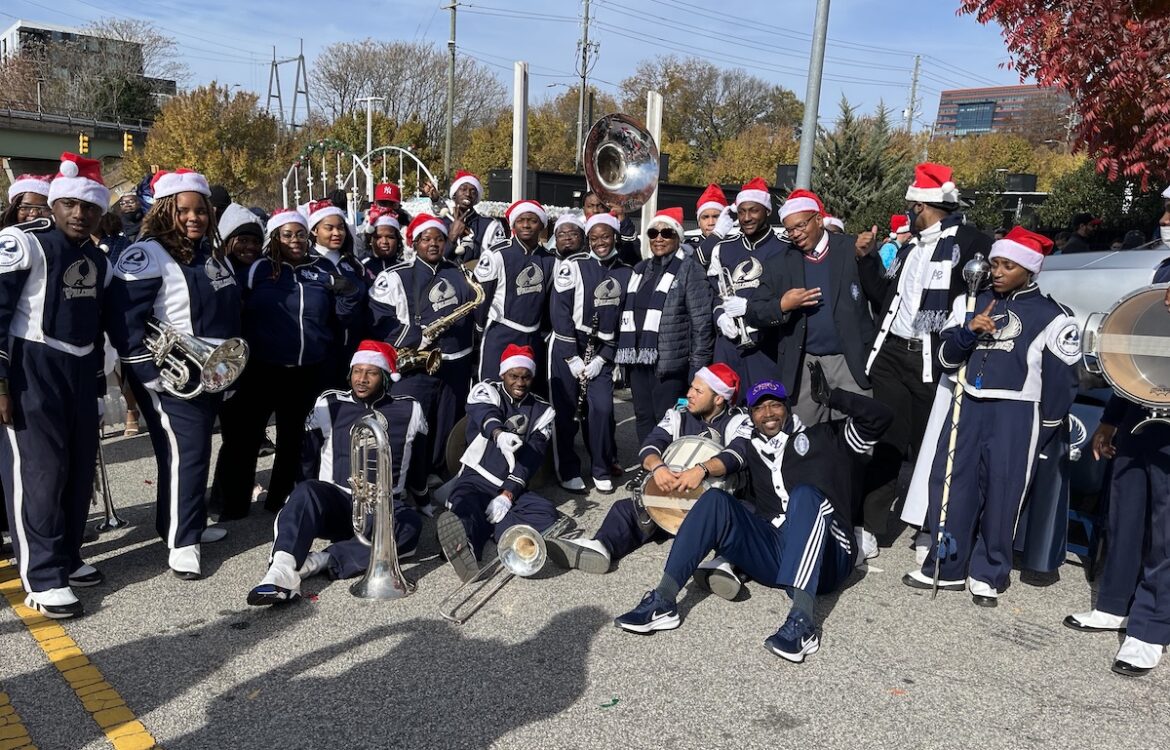 “Being a part of an event of this magnitude was a tremendous step forward in expanding our reputation beyond our gates,” said SAU President Dr. Christine Johnson McPhail. “I’m proud to see SAU being reimagined as a notable institution and partner in the City of Raleigh and beyond.”

SAU participated in the parade with two floats. One featured SAU President Dr. Christine Johnson McPhail and the university’s executive cabinet on one float and the Royal Court on the other float. The SAU Superior Sound Marching Band accompanied both floats.

“The experience of representing my university in front of thousands of people is something that I will never forget,” said SAU senior and Miss SAU, McKenzie Estep. “This is why you come to an HBCU. I’m so glad that SAU chose me.”

Last year’s parade was entirely virtual due to the COVID-19 pandemic. However, the Christmas parade, which ShopLocal Raleigh sponsored, was notably the largest parade from Atlanta to Washington, D.C.

“The city itself, we’re coming back,” Raleigh Mayor Mary-Ann Baldwin said in a statement. “While the city is not entirely back to normal post-pandemic, the parade is a representation of progress made in fighting coronavirus.”

To watch a recording of the parade, click here.