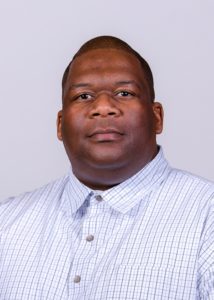 Saint Augustine’s University would like to congratulate Dr. Tyrell Carr for his hard work & diligence in securing research funding from the National Science Foundation Research Initiation Award program in the amount of $299,926.

This project, entitled “Research Initiation Award: Identification and Characterization of Cofactor-Linked RNAs in Plants,” is under the direction of Dr. Tyrell Carr. This award starts on May 15, 2019, and ends April 30, 2022.

Dr. Tyrell Carr is an assistant professor in the Department of Biological & Physical Sciences. Carr obtained a B.S. in Biology (2001) from Elizabeth City State University, a Ph.D. in Genetics (2007) from Iowa State University and completed post-doctoral research (2008-2011) at the University of North Carolina at Chapel Hill.