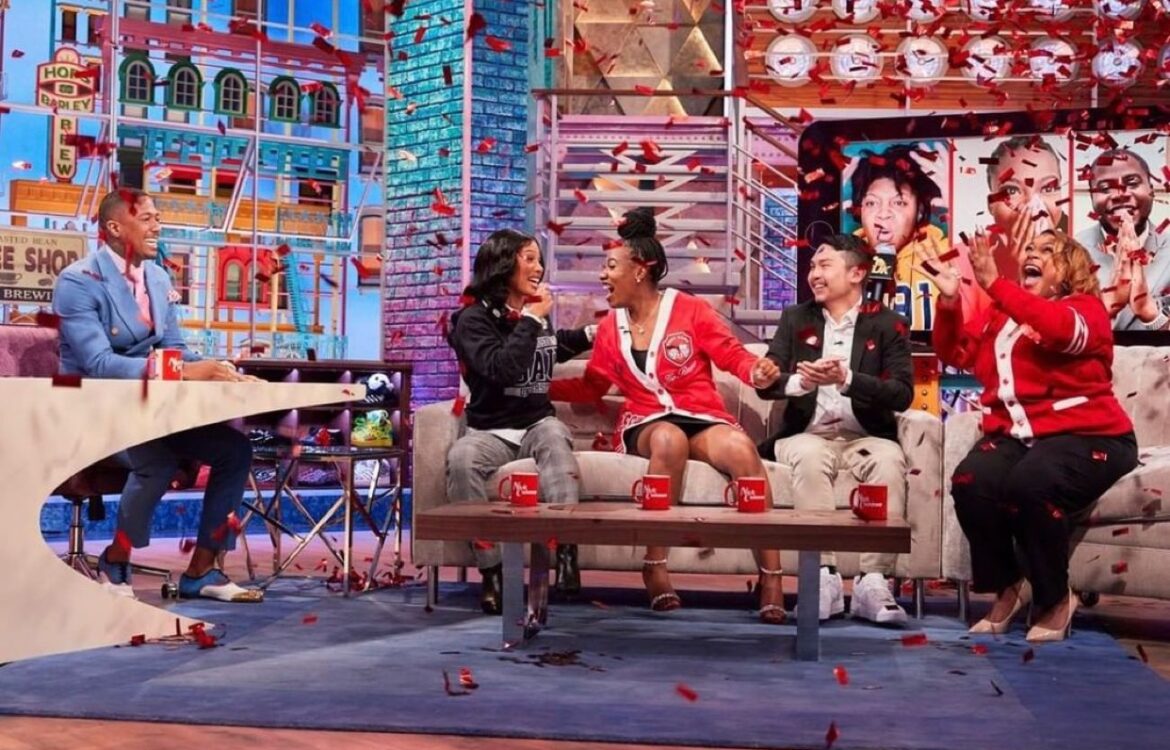 RALEIGH, NC— Saint Augustine’s University (SAU) senior McKenzie Estep was one of 7 students from historically black colleges/universities to be invited as a guest on the second episode of the newly-launched Nick Cannon Show. This nationally syndicated talk show, which premiered on Monday, September 27th on WRAZ, was taped in Harlem in New York City and featured students from Clark-Atlanta University, Florida A & M University, North Carolina A & T State University, Texas Southern University and Winston Salem State University.

“I’m so proud to be a part of an incredible legacy of HBCU graduates,” said show host Nick Cannon. “HBCUs have played a pivotal role in developing the brightest minds and influencers of our time, but the next generation of college students are concerned that the price of their education may be a little too high.”

Ms. Estep, who also serves as the University’s 71st Miss SAU shared her inspirational story alongside six other talented and diverse historically black college/university (HBCU) students while on the show.

“Going away to college was so important to me coming from a low-income single parent household,” said Estep, who is also a first-generation High School graduate and college student. “I applied to this one institution (SAU) and they accepted me by one point. Because tuition is still so high, I work three jobs and I’m going to accumulate $34,000 in student loan debt.”

Estep’s story, which was previously shared in a news release published by the University over the summer, was picked up by several local and national media outlets and drew the attention of Nick Cannon.

“I was so moved by all of ya’ll stories and the obstacles that you’ve overcome that I gotta help out,” Cannon said.

To the surprise of all seven students, it was announced that all their college debt would be paid upon their graduation in partnership with the United Negro College Fund (UNCF) and the Thurgood Marshall College Fund (TMCF).

“Our show has partnered with some of the biggest national scholarship providers such as the TMCF to grant each of you a scholarship to cover your outstanding education loan balances,” Cannon announced. “Once you earn your college degree, we’re wiping out your personal student debt – every single penny!”

“I was pleased to watch Nick Cannon put the transformative power of HBCUs on display,” said SAU President Dr. Christine Johnson McPhail. “The use of his platform to advocate for our students is a tremendous asset in helping HBCUs fulfill their mission and vision.”

To learn more about the Nick Cannon Show, visit https://www.nickcannonshow.com/