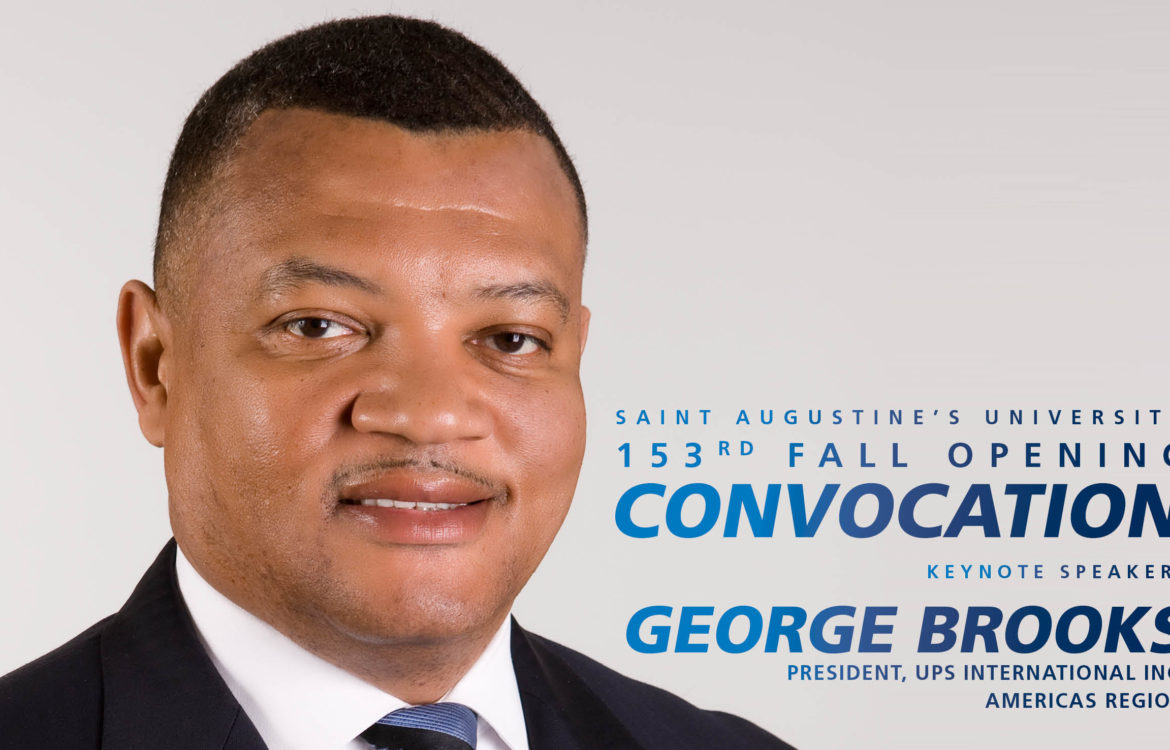 “Saint Augustine’s University is honored to welcome George Brooks,” said Dr. Gaddis Faulcon, interim president. “He has distinguished himself as a strong business leader with a sustained commitment to the community.”

Mr. Brooks has been invited to participate in the Joint Civilian Orientation Course, the oldest and most prestigious public liaison program in the Department of Defense.

Founded in 1867 by the Episcopal Diocese of North Carolina, the mission of Saint Augustine’s University is to sustain a leaning community in which students can prepare academically, socially and spiritually for leadership in a complex, diverse and rapidly changing world.