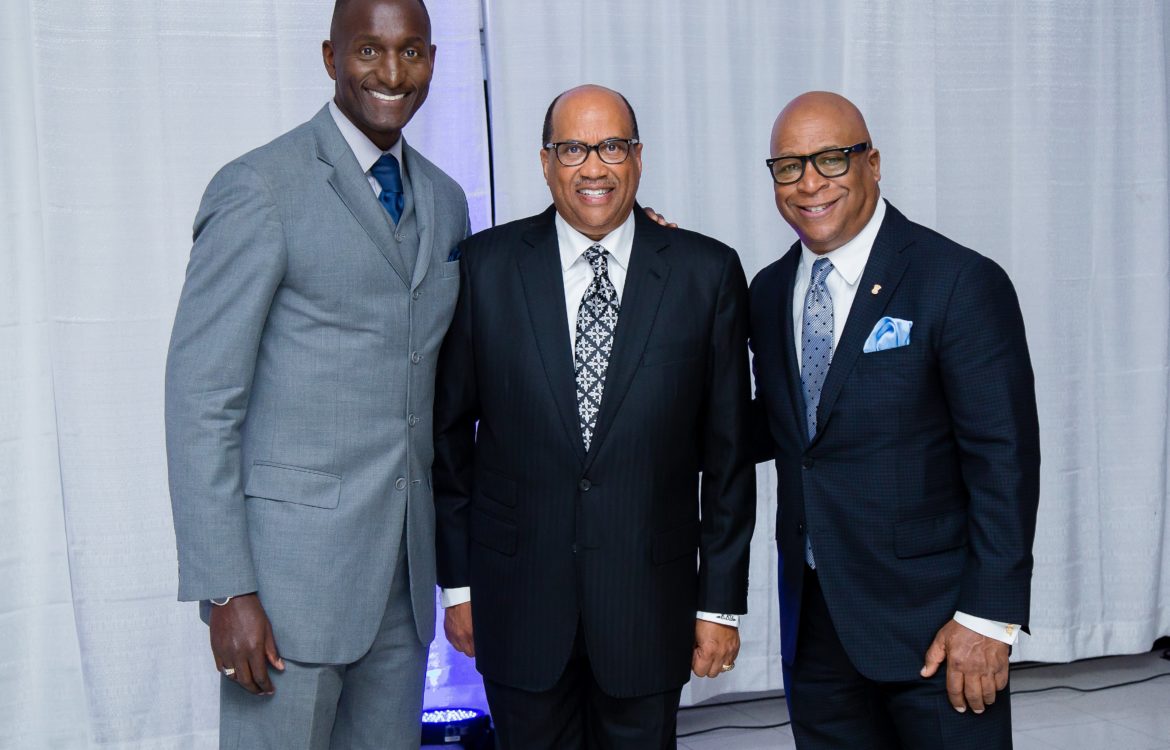 Thanks to the generous support from family, friends, alumni and friends of Saint Augustine’s University, the recently held birthday celebration in honor of president Dr. Everett B. Ward raised $62,000. The benefit celebration not only highlighted Dr. Ward’s 60th birthday but was designed to raise funds for the university.

“I appreciate the generosity of those who contributed,” said Dr. Ward. “On behalf of our dedicated student-scholars, I would like to thank all who continue to support this University in so many ways.”

One of the organizers of the event was Dr. Ward’s only sibling, Dr. Felecia Hardy, who stated that the event, which was a seed planted by God, was well received by the community. “The event’s success shows how much the community loves what Saint Augustine’s University stands for, locally, regionally and globally,” she said.

“Those who attended the event could have spent their evening anywhere, but they chose to celebrate Dr. Ward’s birthday while supporting the bright future of this university,” Dr. Hardy adds.

One of the many special guests to attend was entrepreneur, speaker and author Dr. Randal Pickett. He is the founder and CEO of BCT Partners, a multimillion-dollar consulting, research, technology and analytics firm headquartered in Newark, N.J. Pickett is best known when in 2005 he won the season four edition of NBC’s hit reality show, “The Apprentice.”

Pickett saluted Dr. Ward for his leadership. “Your life as I witnessed through the video showed that some doubted you would be where you are, said Pickett. “Your life is a testament to all of us today. You can get a thousand no’s in the world, but all you need is one “yes” from God.”

As part of the celebration, attendees were treated to a special performance by the Saint Augustine’s University Readers Troupe, in the Seby Jones Fine Arts Center Auditorium. The play, “Dr. Everett B. Ward: Onward March,” written and directed by SAU’s Director of Theatre, Dr. Kaye Celeste Evans. The production, “Onward March,” was a depiction of Ward’s life from his birth at St. Agnes to his presidency at SAU.

Prior to the start of the play, artist and North Carolina native Shawn Etheridge hosted a special viewing of his artwork, The North Carolina HBCU Series, in the SAU Art Gallery, featuring portraits of Dr. Prezell R. Robinson, who served as the institution’s president for over 30 years and president Emeritus Dr. Dianne Boardley Suber, and the Historically Black Colleges and Universities in North Carolina.

For more information on making a financial contribution to support the future of Saint Augustine’s University and its students, please contact the Office of Institutional Advancement at 919.516.4092. 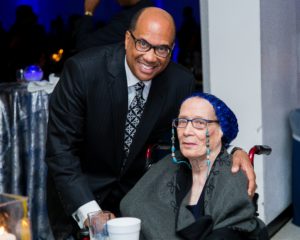 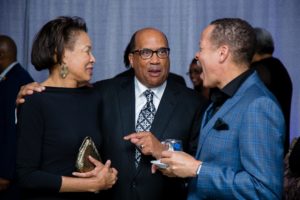 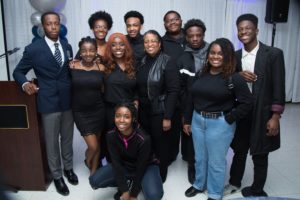