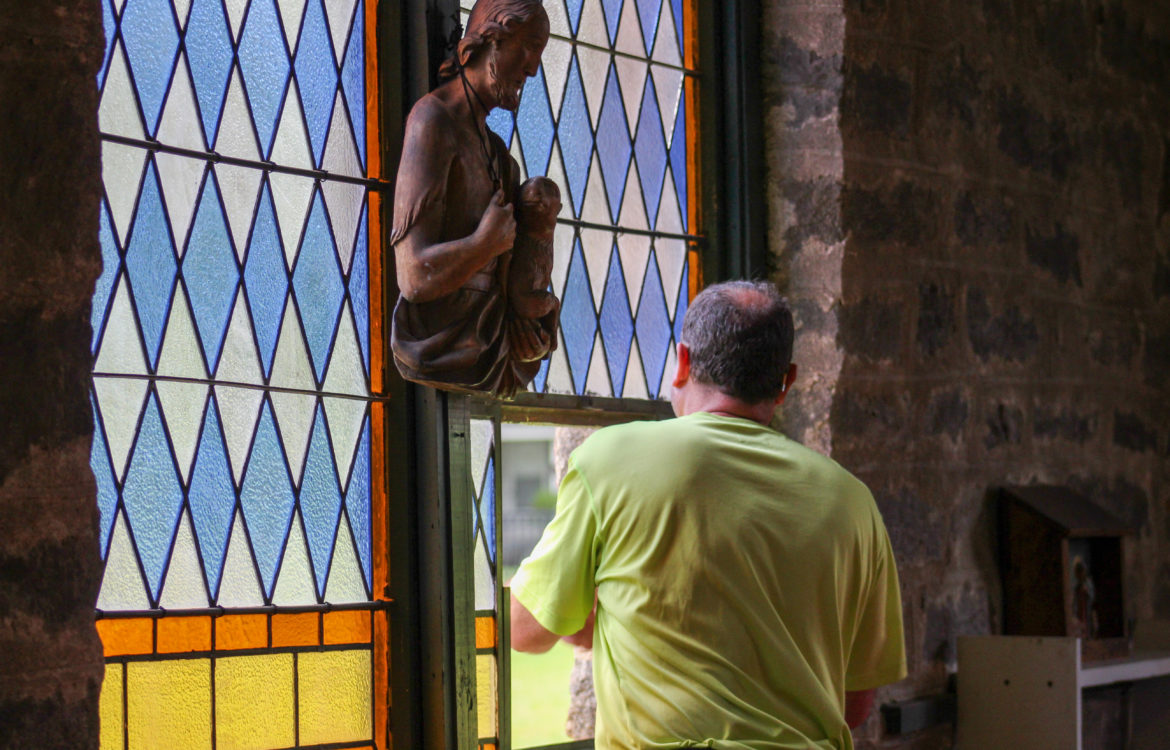 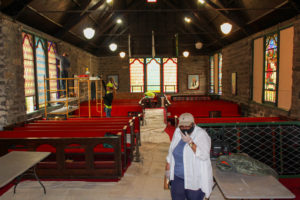 Saint Augustine’s University (SAU) received a $312,000 grant from the National Park Service for projects that preserve and restore significant historic structures on the campuses of Historically Black Colleges and Universities (HBCUs). The grant is being used for the preservation efforts on the SAU’s historic chapel (ca. 1895). “We would like to thank the NPS for funding this project. This grant ensures us that we will be able to make improvements critical for the upkeep of such an important part of the university’s and community’s 125-year legacy,” said Dr. Linda Gunn-Jones, Co-Principal Investigator (Co-PI). “This project has required cooperation among the SAU administration, National Park Service, Raleigh Historical Development Commission, North Carolina Historic Preservation Office and Epiphany Glass Co. This collaborative effort is responsible for the rehabilitation of these beautiful windows; a sign of hope during these pandemic times”, cites Mary Ruffin Hanbury, Co-PI.

SAU was one of 18 HBCUs receiving grants, totaling $8.6 million in grant funding, which allows SAU to preserve the Chapel’s original designed stained-glass windows and its antique handmade cherrywood pews. Phase I includes the rehabilitation of the stained-glass windows which are being re-installed this week. The historic pews (Phase II) are scheduled for rehabilitation following the windows. 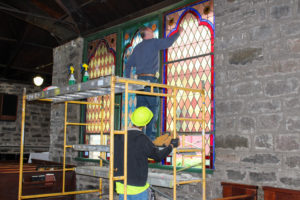 The grant from the National Park Service will help to preserve this magnificent historic edifice, a legacy of strength, built by students in 1895. Historically Black Colleges and Universities Grants support the preservation of sites on HBCU campuses that are listed in the National Register of Historic Places. Eligible projects include pre-preservation studies, architectural plans and specifications, historic structure reports, and the repair and rehabilitation of historic properties according to the Secretary of the Interior’s Standards for the Treatment of Historic Properties.

“The University is extremely grateful for the National Park Service for the grant. This chapel is one of the most beautiful sacred spaces in North Carolina. This award allows us to preserve its beauty for students, alumni and the entire community,” said Reverend Hershey Mallette Stephens, Dean of the Chapel and Chaplain. “Our chapel is an icon of SAU’s rich history. It symbolizes the faith of those who came before us and the hope of the students learning at this great institution today.”

The chapel was built on the campus in 1895, with the support of the Episcopal Church. It is one of the oldest buildings on the campus of SAU and is designated as a Raleigh Historic Landmark. Alumnus, Henry Beard Delany, the first African-American elected Bishop of the Episcopal Church in the United States, was also a teacher of carpentry and masonry at Saint Augustine’s. Bishop Delany’s carpentry and masonry students were required to construct the chapel. The stones used for the construction of the chapel were quarried from the campus, by the students. On Tuesday, October 11, 1897, the Bishop of the Episcopal Diocese of North Carolina, the Right Reverend J.B. Cheshire, consecrated the chapel. The chapel is listed on the National Register of Historic Places.

Founded in 1867 by the Episcopal Diocese of North Carolina, the mission of Saint Augustine’s University is to sustain a learning community in which students prepare academically, socially and spiritually for leadership in a complex, diverse and rapidly changing world.