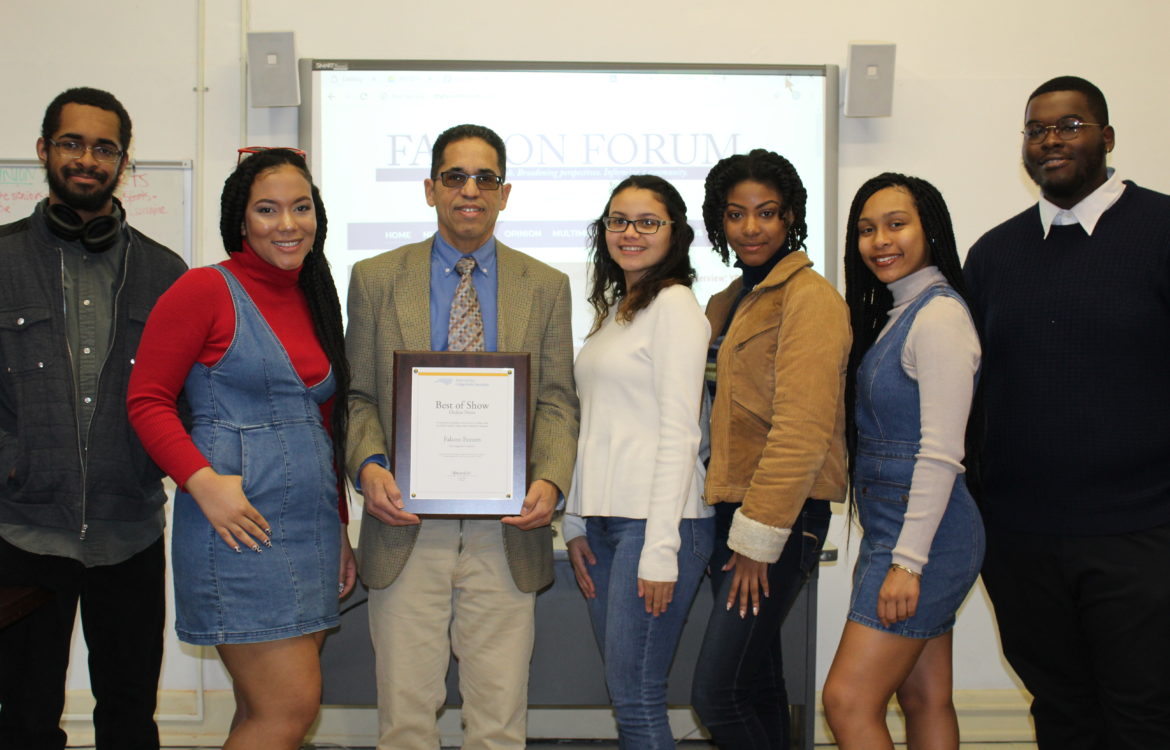 The Falcon Forum, the student newspaper of Saint Augustine’s University, has been named one of the top college newspapers in the state of North Carolina.

Judges at the N.C. College Media Association chose the Falcon Forum as one of five recipients of the “Best of Show-Online News” award.

The winners were chosen in February of 2019 and covered work from 2018.

The Falcon Forum competed in the small university category, but even in that category, Saint Augustine’s competed against much larger institutions. The next smallest competitor was the University of North Carolina-Asheville, which has more than 3,800 students — almost five times SAU’s enrollment of about 800.

The other three newspapers receiving “Best of Show-Online” awards were N.C. Central (6,400 students), Elon University (6,000), and Fayetteville State University (5,400). (The recipients were not ranked — all five newspaper websites were judged as equally “Best in Show.”)

Assistant Professor Dan Holly, the faculty advisor to the Falcon Forum, said the award validated the hard work students have put into the publication in the past year. “The students last year made the decision to improve the newspaper overall but, in particular, the website,” Mr. Holly said. “They have made a sustained effort to accomplish that goal, so this award is especially gratifying.”

To learn more about the Falcon Forum, click here.