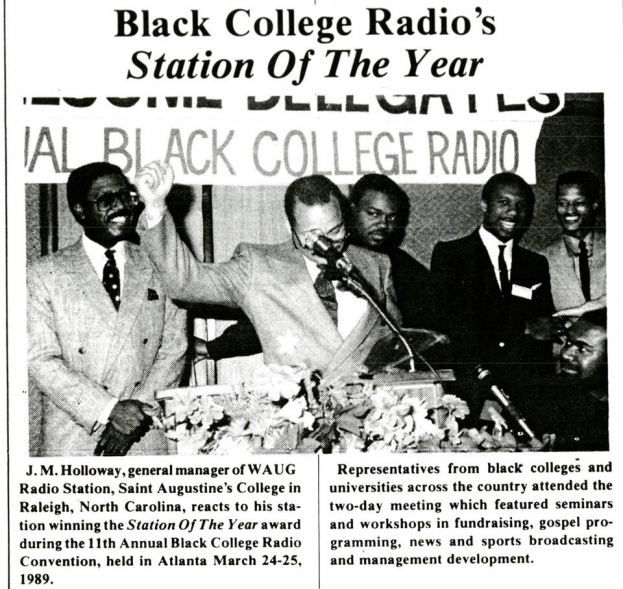 During its 150th year, Saint Augustine’s University (SAU) has yet another milestone to celebrate: the 30th anniversary of WAUG, the University’s commercial radio and TV station. The first radio broadcast was aired in 1987, led by efforts of Jay Holloway, a media executive and consultant. SAU was the very first HBCU to have its own commercial radio and TV station and continues to advocate for providing knowledge to empower the community.

Dr. Ward, president of SAU, stated, “For 30 years, WAUG Network has been an important communications channel for the community at-large and the Saint Augustine’s University Communications Department. I firmly believe that knowledge is power and WAUG network has an obligation to provide knowledge to the community while simultaneously serving as an instructional platform for a new generation of communication professionals.”

I am excited to announce the 30th year anniversary of WAUG Network’s service to the Raleigh-Durham area. We take pride in our commitment to providing access to the airways for the minority community. Our never-ending mission of serving the community first fuels our passion in providing the best thought-provoking programming to our listening and viewing audiences.

In the past three decades, many stations have come and gone; but, due to Saint Augustine’s University’s unwavering belief in our mission, WAUG Network will continue to build on its legacy of service. We are excited about the station’s future and with the strength and wisdom of the staff here at WAUG, and the undying support from the University, we will continue to move forward.

WAUG Network looks forward to serving the community for many years to come. As a gift to our loyal audience, we strive to bring on the best programming around, and in doing so, WAUG Network proudly announces our new additions: 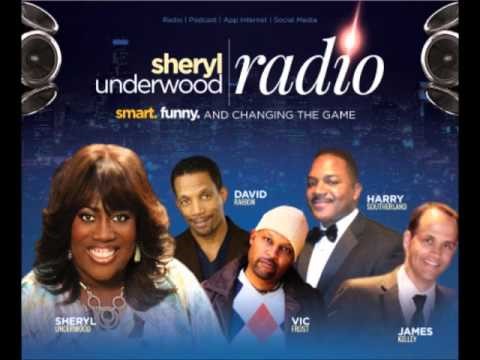 Thank you for joining us for this 30th-year celebration!